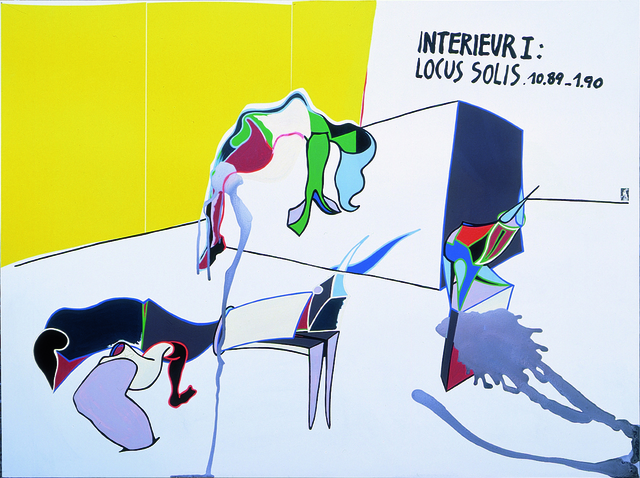 "Locus solis is an enlargement of a drawing from my subconscious. It’s the first of two that I will make. It could have been the beginning of a large series, but it stopped at two. It’s about the artist’s skill. When a schizophrenic person experiences a state of incoherence, he remains in it. Artists convert that state into a creative moment. Yellow is the colour of madness.

As an artist, I started from my subconscious and made drawings of incoherent elements, one after the other, on one plane. Like in an animated film, they evolved in time towards the moment where I stopped. We might call them mandalas.

The use of the same paper has a regulating effect; all events taking place within the rectangle of the paper are scraps of life that, drawn in a context where they interact with each other, come to a standstill. This creates an amorphous setting of different elements, and here they become elements in an interior. To some of these drawings I later added colour, using them for my interactive work Pluriform, 2010."