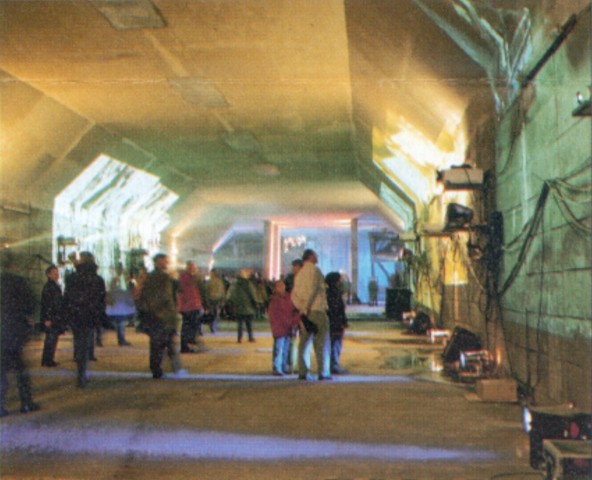 "A multimedia project realized in the railway tunnel of the Central Station in Antwerp, on the occasion of the 75th anniversary of the Belgian Railway Company. “Amsterdam-Paris” is a computer controlled videoanimation with images that were captured during the excavation of the tunnel. With the previously recorded sounds of the activity in the tunnel, two teams of musicians and dj’s composed live music on site."